We've been conducting marriage retreats for over three decades.  Now our virtual retreats are even better than working in person → 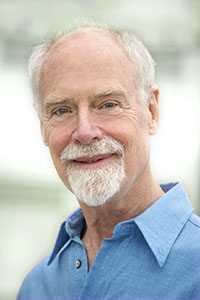 For more than thirty years, John Grey, PhD has specialized in conducting intensive marriage retreats. He has helped thousands of couples save their marriages is internationally recognized as a pioneer of couples retreats and a thought-leader in the field.

John’s approach is based on scientific findings in the areas of relationship satisfaction, neuroscience and attachment. He began his career as a research psychologist at Stanford, after which he went into private practice and led training programs for therapists and other helping professionals. In 1990 he began his intensive retreat program to work with couples in a more effective way.

John received his Doctorate in Psychology in 1975 from Stanford University, where he taught psychology and was a founding co-director of Stanford’s preeminent research center CCRMA, hailed in the book This is Your Brain on Music. With major funding by the National Science Foundation Department of Psychobiology, John’s research on how the brain processes musical sound has been published in scientific journals and cited in dozens of university textbooks and thousands of research papers. The role he played in the development of digital music technology is described in the book The Sound of Innovation: Stanford and the Computer Music Revolution.

Since 1980, John has been in private practice working with couples in the San Francisco Bay Area. He conducted his first couples retreat in Berkeley in 1990. For the last 25 years, he has been leading intensive marriage retreats in Sonoma County. Over the past four decades, he has presented numerous training programs at venues such as Esalen Institute, University of California Berkeley, Stanford University, and the Scripps Institute. During this time, he was also on Dr. John Gray’s (author of Men Are from Mars, Women Are from Venus) personal referral list of couples counselors.

John has extensive training in cognitive and behavioral psychology, focused on short term, goal-directed coaching to achieve practical results. He worked with John Grinder, PhD (Tony Robbins’ teacher), developer of Neurolinguistic Programming (NLP), and led advanced communication effectiveness training programs for counselors, therapists, and medical and helping professionals. As a recognized NLP trainer, John was a part of the early development of the field of personal and professional coaching.

For over a decade, John studied personality theory with Helen Palmer, author of The Enneagram in Love and Work — focusing on how to resolve relationship problems and conflicts caused by partners’ differences in personality. Additionally, John is a certified Somatic Experiencing Practitioner (SEP), fully trained in the body-based trauma healing methodology of Peter Levine, author of Waking the Tiger.

John has been leading couples retreats for over 30 years and is a pioneer in the field of intensive marriage retreats. He developed his retreat program after finding traditional counseling’s weekly hour-long sessions too limiting. But beyond the power of his intensive format is John’s unique, integrated approach to working with couples. His methodology is distinctly different than most approaches to couples therapy or marriage counseling. Read more about how John’s approach is different →

John offers practical, proven skills for partners to transform their marriages. He gives couples the tools they need to stay on track and maintain satisfaction. His background in psychobiological research and attachment theory has enabled him to offer uniquely powerful methods to help couples overcome reactive patterns. He regularly helps partners on the brink of divorce to renew positive connection and build secure relationships that thrive in shared happiness and intimacy.

John stays current with other thought-leaders in the field. He has advanced training in the Emotionally Focused Therapy (EFT) of Sue Johnson, author of Hold Me Tight. He was trained in the Neuro-Affective Relational Model (NARM) by Larry Heller, author of Healing Developmental Trauma. He is also informed by the Relational Life Therapy of Terry Real, the Developmental Model of Couples Therapy by Ellyn Bader, and the Gottman Method Couples Therapy by John Gottman.

In terms of what is widely considered the most effective, state-of-art approach to couples therapy, John has well-established credentials in the Psychobiological Approach to Couple Therapy (PACT). This leading approach, founded by Stan Tatkin, author of Wired for Love and We Do, draws from neuroscience, attachment theory, and arousal system management. In recognition of John’s expertise, he was asked to help co-found the PACT Institute and its training program (more on this below).

John is an internationally recognized expert in the Psychobiological Approach to Couple Therapy (PACT). He is a founding core faculty member of the PACT Institute, for which he helped develop the primary curriculum and training program for couples therapists and marriage counselors.

PACT founder Stan Tatkin says, “John’s work is of help to anyone wishing to repair an ailing relationship. With decades of experience behind him, he is a highly intelligent, creative force in the arena of science and relationships. His work is inventive and inspiring.”

As a strong advocate of self-help, John has written three books on the topic of intimacy and relationship that give people practical tools to maximize shared happiness and minimize reactive patterns and distress. HIs first two books were Relationship Tools for Positive Change and Becoming Soulmates.

John’s latest book is Five-Minute Relationship Repair. Jack Canfield, author of Chicken Soup for the Soul, said this book “presents a step-by-step process for using any relationship conflict as a doorway to deeper intimacy and expanded awareness. Everything you need to create a secure, lasting bond with your partner.”

John also created The Joy of Relationship Cards, an interactive self-help system. Dr. John Gray, author of Men Are from Mars, Women Are from Venus, said this is “a powerful tool that can expand your joy and happiness in relating. This tool can help you improve communication, deal with issues, explore dreams, and reawaken vitality of connection.”

In a Documentary Film

John’s work is featured in the documentary film “I’m Going to Break Your Heart” about Canadian rock star couple Raine Maida and Chantal Kreviazuk, who have been married for 20 years. “The film captures their creative process while following the pair into sessions with couples coach Dr. John Grey.” — Billboard Magazine

Next Steps for a Retreat

We would be happy to answer any questions you have about our retreats. Contact Us →