We've been giving virtual marriage retreats for over two years.  See why many couples say they are better than working in person →
Marriage Retreat » Retreat FAQs » How Is John’s Approach Different? 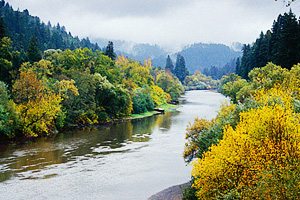 What you get working with John is markedly different than what traditional marriage counseling or couples therapy can provide.

It differs in both format and approach.

John has perfected the format of the intensive marriage retreat over the last three decades.

Also distinguished is John’s unique approach in how he coaches couples to use practical, proven, effective tools to improve their relationship. This approach differs from other intensive programs that use traditional therapy models in working with couples.

The Dedicated Timespan to Get the Job Done — The most obvious difference from conventional therapy is John’s intensive retreat format. John has been conducting multi-day retreats for three decades. As a pioneer of this work, he long ago found the intensive retreat format gave couples an unparalleled concentration of time in which to transform habitual patterns, overcome reactive cycles, repair past wounds, renew broken trust, and reconnect with positive feelings.

You Get Tools and Coaching, Not Just Talk — The other big difference is John’s unique tool-based approach that enables couples to make significant changes in the retreat — and to have the tools to stay on track in daily life after the retreat. Traditional couples therapy is not tool-based, but often seems to be opinion-based. The typical counselor opines on who is right or wrong and gives advice, rather than teaching effective tools that enable partners to repair emotionally and solve their own issues. In light of this, John identifies as being a coach, not a therapist.

Based in Scientific Findings, Not Opinions — Also significant, John’s approach is based on ground-breaking scientific research that studies what couples need to sustain a secure, healthy, satisfying connection. Again, his approach is not opinion-based, but evidence-based. The science behind John’s approach is just starting to appear in educational institutes that train therapists. To date, it is only available in a few post-graduate, multi-year training programs. And John was on the founding core faculty and helped develop the curriculum for one such program. More on that below.

In summary, John not only employs the intensive format he developed over three decades, but his approach is based on scientific research out of which he gives couples proven tools that make powerful changes in how they relate. He holds that couples need tools, not therapy. So he takes the role of a coach and educator. This bypasses many of the traps traditional therapy falls into, which too often backfire badly for couples.

The Science of Love and Happiness 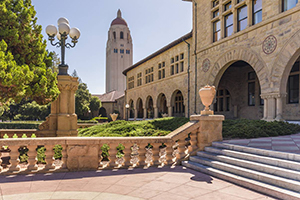 John has significant training in the science of psychology. His initial education was as a research psychologist at Stanford. After getting his Ph.D. there, he became a founding co-director of one of the most successful and prestigious research centers at Stanford, funded by the National Science Foundation’s Department of Psychobiology.

The work John does with couples integrates two scientific fields that shed light on the roots of satisfaction vs distress in longterm relationships. These fields are neuroscience and attachment theory. Thousands of studies in these two fields reveal crucial factors for maintaining a happy, mutually satisfying, intimate partnership.

Informed by Neuroscience — This provides critical knowledge about how primitive parts of the brain, wired for survival, can hijack our higher brains. This is what unconsciously triggers couples into states of fight, flight, or freeze — where they escalate into states of anger or withdrawal, blowing up or shutting down — where productive, loving communication becomes impossible. Because of the way longterm memory works, these reactive patterns intensify over time, eroding a couple’s ability to feel good together.

Keys from Attachment Theory — This reveals how couples form emotional bonds and what determines whether a couple will form these bonds in a way that promotes security vs insecurity. This research pinpoints the critical factors and behaviors necessary for healthy emotional bonding — where partners share a deep sense of secure connection, well-being, mutual positive regard, love, and happiness — where each person feels understood, accepted, and their needs are met.

Evidence-Based Clinical Models — John knows the current state-of-art approaches that integrate neuroscience and attachment. He is trained in Emotionally Focused Therapy (EFT) by Sue Johnson, author of Hold Me Tight. He is a Somatic Experiencing Practitioner (SEP), by Peter Levine, author of Waking the Tiger. He is trained in the Neuro-Affective Relational Model (NARM) by Larry Heller, author of Healing Developmental Trauma. And he is a recognized expert in the Psychobiological Approach to Couple Therapy (PACT) by Stan Tatkin, author of Wired for Love.

“John’s work is of help to anyone wishing to repair an ailing relationship. With decades of experience behind him, he is a highly intelligent, creative force in the field of science and relationships. His work is inventive and inspiring.” — Stan Tatkin

In fact, John was a founding core faculty member of the PACT Institute, where he helped develop the curriculum and trained couples therapists and marriage counselors to work with attachment styles and emotional-arousal states to help their clients build secure-functioning relationships based in compassion, love, and understanding.

Practical Tools Based on Scientific Findings

John has three decades of experience applying scientific findings to give practical help to couples to transform their relationships into secure and satisfying intimate partnerships. Integrating state-of-art clinical approaches with his own extensive experience working with couples, he has developed practical tools to help partners overcome emotional cycles and blocks, heal wounds, tame triggers, and resolve insecurities.

John helps partners to effectively do this healing and growth with each other.

Tools to Become a Stronger Couple — Traditional therapy has largely missed tapping into the enormous power couples have to co-heal their own blocks and grow stronger together. As a coach, John is dedicated to giving you tools to overcome patterns that keep you stuck in negative feelings. You gain power to successfully resolve issues as a team and to communicate in ways that keep you feeling connected and valued.

In the terminology of attachment science, this is called secure functioning. But you don’t have to have a scientific background to benefit from the practical tools you get to turn an insecure, reactive pattern of relating into a secure, happy connection. 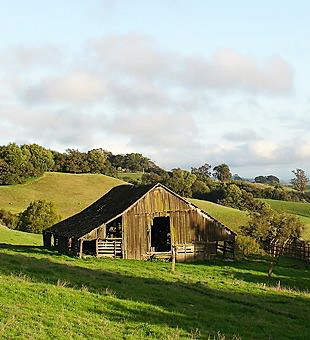 Traditional couples therapy is just beginning to see the significance of neurobiology and attachment research. The therapy industry as a whole, and its educational schools, have not yet put this information to much practical use in helping couples.

In general, the assumptions that have guided the field of couples counseling for the last half-century have been based on individual therapy models around codependence and differentiation which largely guide people to become more self-sufficient.

Commonly repeated ideas like “you need to love yourself first before you can love another” and “don’t base your happiness on someone else” echo this approach. This sometimes results in well-intentioned counselors recommending that partners do individual therapy instead of couples therapy.

But a couple is an interdependent system.

The Key Is Healthy Interdependence — A couple is a significant pair-bonded dyad that is far more than the sum of its parts. It is not simply two individuals. A couple forms its own special kind of animal, a relationship like none other. Partners need to acquire the tools and principles to operate better as a team, not to become more independent.

Empowering You, the Couple — The key to helping a couple is to give them the tools to repair their own upsets, to successfully collaborate and find win-win solutions to issues, and to function securely as a team. John’s focus is to empower couples to engage in healthy interdependence. While many therapists act as if it’s their job to solve a couple’s issues, John gives you practical tools to solve your own issues — yourselves! Instead of trying to feed you a fish, he shows you how to fish.

The traditional approach rarely gives couples effective tools to overcome their negative patterns as a team. Statistically, traditional therapy has neither lowered our divorce rate, nor raised the level of couples’ satisfaction. In fact, a great deal of anecdotal evidence suggests that traditional therapists tend to split couples up!

Again, the most obvious difference between traditional counseling and how John works is his intensive retreat format, which provides ample time, space and safety to discover what is at the root of your stuck places as a couple — and learn tools to get unstuck. But it’s John’s tool-based approach that truly differentiates him in the field. As a self-help author, John has long been dedicated to coaching couples to help themselves.

Rather than supplying you with external answers to your issues, he coaches you to use tools that enable you to effectively find your own answers together — answers and solutions to issues that you both feel good about, which lead to increased happiness and satisfaction. In essence, he shows you how to be a much more collaborative couple, and overcome the tendency to be combative or competitive.

John’s approach focuses on showing you the skills to successfully work as a team to heal your triggers and reactive patterns, and resolve your issues. Due to shortcomings in the traditional approach, counselors often miss helping a couple repair underlying negative behavioral and emotional cycles that keep them reacting in an insecure mode — what attachment scientists call insecure functioning.

The traditional therapy approach sees couples in terms of power struggles and the need for conflict management. This misses giving them what they really need: effective tools to successfully engage in secure functioning. Without these tools, partners will continue to suffer from underlying ruptures like not feeling valued or cared about, feeling things are unfair, feeling trapped, or feeling alone and disconnected.

John’s approach is to coach a couple to successfully work together as a team-of-two to build a secure connection and to communicate well and increase mutual happiness. He shows partners how to decrease triggering, insecurity, stuckness, and reactivity. The goal is to operate securely as a team-of-two, where you each feel fully accepted, valued, important, and connected. And enjoy a thriving relationship.

Next Steps for a Retreat

Ask About a Retreat