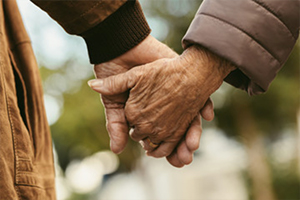 Rule one for love to thrive is to stop fighting over your differences—and learn to collaborate!

They say differences attract. It’s interesting how those differences that initially attract us to each other end up being our biggest source of problems with each other.

Relationship problems are often based on personality differences that partners have a hard time negotiating with each other. When the challenge of working with differing wants and needs is not mutually met, these differences will seem to become magnified over time.

Another name for this is polarization. Couples tend to polarize over their differences. And the degree to which they polarize will increase over time. This is an unconscious process. We are normally not aware of it happening—until it gets very upsetting. Then it can turn into a full scale battle over who is right—and who needs to change.

I call this destructive pattern a Polarity Dance.

If you don’t catch it and overcome it, any Polarity Dance can suck all the happiness out of your mutual love. It is a dance of opposition between partners. Each stands on an opposite foot. If one puts down the right foot, the other puts down the left.

Sadly, the first thing most couples do is to move into opposition as they attempt to deal with differences. Most of us don’t realize how automatically we do this. It’s run by unconscious parts of our brain.

Any Polarity Dance is a form of a reactive cycle, where each partner is triggering the other by what they, themselves, are doing. Over time, as partners polarize more deeply, they each become increasingly upset. The hole they  fall into grows deeper and deeper, as each digs in more deeply.

Couples need to get beyond the grip of a Polarity Dance or it will rob them of mutual happiness. Below I show several of the common patterns partners unconsciously fall into.

In this post I’ll talk about the four major forms of polarization that couples can fall into. Most do this unconsciously, of course. I will also link to more detailed descriptions of how each of these Polarity Dances can be overcome consciously.

It can be challenging when one partner wants to feel connected just when the other feels a need for space. Having these opposite needs at the same time is quite common. Most couples can fall out of synch in this manner on a daily basis.

How a couple negotiates being together vs. alone will determine how secure they feel with each other. Unfortunately, these differing needs often turn into a Polarity Dance of pursuer vs. withdrawer. It can happen whenever one partner is pursuing the other for closeness and connection—while the other partner is withdrawing or becoming more distant.

The more one chases connection, the more the other runs away. Conversely, the more that partner distances, the more the first pursues. As this escalates over time, distress in each partner increases. As they polarize more, levels of upset escalate.

Read how to overcome pursuer vs. withdrawer cycles »

There can be significant and problematic differences between partners’ nervous system biases in energetic range. Some run high, others low. Some run hot, others cold. This will result in very different emotional reactions when triggered. One may be volatile, expansive, or over-the-top. The other may contract, go blank, numb out, or shut down. Think of these as “airplanes” vs. “submarines.”

Submarines are quiet and contained. Fighting is rare and emotional expression is minimal. Showing anger is foreign, and aggression is expressed passively. Think of a cool Swedish family where voices are seldom raised and good children should be seen and not heard.

Read how to eliminate blowups and shutdowns »

A common polarization is where one partner operates more from feeling and the other from thinking. This is not unrelated to the two dances above, yet is worthwhile taking up on its own. It is a difference in bias between the right and left brains.

Right-brain dominant people tend to be very animated and emotional in how they respond to things. They tend to follow their feelings. They want feelings involved in a relationship. They easily say what they feel and want to know what the other feels.

Left-brain dominant people rely more on logic and rationality. They may be uncomfortable with strong feelings and overt emotionality—not trust it, not want to go there. They tend to try to fix things intellectually and believe that will take care of upset feelings.

Read how to harmonize thinkers vs. feelers »

An often overlooked factor that creates stress and upset between partners has to do with the differing rate or pace at which partners express themselves. It’s like their brains run at different clock speeds. Like the race between the tortoise and the hare, as Stan Tatkin puts it, some people’s brains run faster, and some run slower.

Using the dance metaphor, it’s as if the couple is trying to dance together, but they move at different speeds. One partner is doing a fast jitterbug, the other a slow waltz. Trying to dance in two completely different tempos, they step on each other’s feet.

When a speed difference exists between partners, the faster one is able to put out more words per minute and will easily run circles around the slower one. This is not an indication of superior intelligence or of being right. It is strictly a speed difference which then affects the flow of conversation.

Read how to connect fast vs slow communicators »

Declare an End to War

Polarity Dances can completely erode your love. All partners are different, and they have the right to be different. Absolute acceptance of this fact is vital.

Accept the fact of differences. Instead of making the other person wrong, learn to engage in constructive talk about what you need.

A violet and a rose are very different. Yet each is a perfect creation of nature. The violet doesn’t need to make the rose wrong, and vice versa—there is nothing to defend.

It may be time to learn a very powerful secret about differences. There’s a benefit in having a partner who is different. It gives you the opportunity to expand who you are. It offers you a chance to move beyond your limits—and develop more personal wholeness.

There’s merit to the old saying, “two heads are better than one.” And remember, the very differences you complain about now are probably part of what you found initially attractive. There was a reason for that attraction. It might serve you well to recall what your partner seemed to be adding to your life through those differences that attracted you.

We get a lot of information from the Polarity Dances we do. Rather than continuing the battle on the outside with our partners, we might do better to look within ourselves. One place to start is to take inventory of any old wounds, sensitivities or places where we can expand our sense of internal balance. To end the destructive impact of polarizing, we all need to expand our repertoire in how we dance together in relating.

The first step to positive change is to recognize how you are dancing now. Clearly see the part you play, how each step you now take influences where that dance goes.

Professional dancers use mirrors to clearly see how they are dancing. Relationship is like a mirror. If we look clearly into what is going on, we can see our part in it.

Most people have a hard time seeing their own part in a Polarity Dance. They tend to see the other’s role. They may have the belief that to look within is too painful. Or that there’s nothing you can do about it anyway.

In relationship, we are more likely to be defensive, rather than being open about our role in things. It seems that if we admitted it, our partner might have something on us, and this may put us at a disadvantage. It seems best to defend or stonewall. This is a great idea for warfare. But how does it help love or nurture our relationship?

So in polarizing, we often end up criticizing a partner, being defensive or stonewalling. We act in ways our partner reacts to—which escalates the polarization. This is what kills a loving relationship. The results of our own strategies, far from keeping pain away, generate even more pain.

This realization can produce a turning point in some people’s lives. They discover that being open and vulnerable is actually empowering. It empowers self-healing, growth, trust, and a deeper sense of connection. And they discover that unexpected rewards flow from owning their own part in things—the rewards of greater joy, passion and aliveness.

Take a moment and reflect on the various Polarity Dances described above.