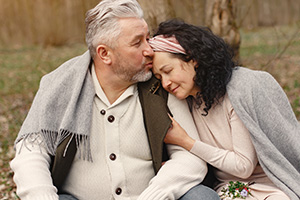 Small upsets that don’t get handled will inevitably lead to much bigger upsets down the road. So if you are not that great at handling upsets well, you could use “Relationship CPR.”

Here’s how it works. Alan came home late but didn’t call. Sarah reacted by complaining and criticizing him. He counter-reacted by defending himself, then dismissing her as over-emotional. Sarah realized they were in a familiar downward spiral. Time for Relationship CPR… 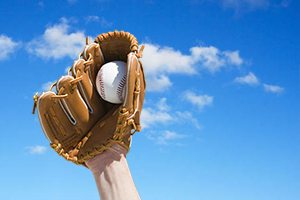 Sarah spoke up and said, “Let’s pause.” This was the signal they use to prevent upsets from escalating. They stopped talking.

Do you have an SOS signal, a way of signaling to stop when you recognize you’re in a reactive pattern? If not, agree with your partner on a signal like Alan and Sarah’s. Some couples say “Time Out” or use the T-sign as in sports. Horse owners like “Whoa!”

Your job is to give your SOS signal as soon as you notice the first sign of distress. Don’t wait. Catch upsets as quickly as possible, because the longer you wait, the worse it gets. Whenever anyone gives the signal, you both pause. 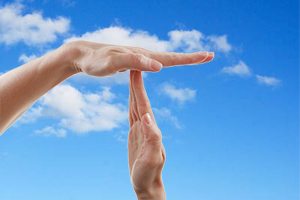 Stop, take a breath, and be silent. Alan and Sarah usually add something friendly. After twenty seconds, she said, “We’re okay here. I just need a minute.” Then say nothing more and continue to pause.

In silence, you now get in touch with what’s really at the root of your upset. This will be an insecurity, sensitivity or fear of some kind—like of being blamed, of not being accepted the way you are, of not being important, of your feelings not mattering, of being a failure or not good enough, of being abandoned or rejected. 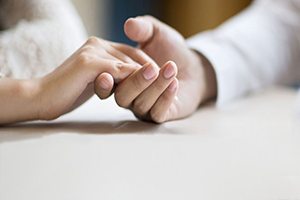 Once you see what’s really at the root of your upset, it’s time to get vulnerable and reveal it. You admit your insecurity and say what you need to feel secure. While one person reveals vulnerable feelings, the other’s job is to listen, take it in, and respond in a reassuring manner.

Sarah and Alan know it’s good to repair as soon as possible. Once they were both ready, Sarah said, “When you arrived late without calling, I got upset. Down deep, I felt hurt, like I’m not very important to you. I need to feel I matter.”

Alan had to learn to effectively deliver a reparative response. His usual attempt to fix things involved excuses and explanations, which only made things worse.

Learning the Art of Repair

I told him to look into Sarah’s eyes. Speak slowly, at half speed. Give her supportive touch. Keep your words simple. Say a key reassuring phrase she truly needs to hear like, “You matter more than anything.” Then wait a minute. Repeat and wait a couple more times. Look for changes on her face that shows she feels your reassurance.

So Alan looked into Sarah’s eyes and said, “I’m sorry.” He waited a minute to see if she took that in. Then he said, “You matter to me more than anything else.” This simple phrase directly touched her insecure feelings. He repeated the phrase again, waited, and then saw her face relax. Her eyes moistened the third time he said it.

In helping partners repair, I find ingredients that strengthen delivery include: eye contact, supportive touch, saying one simple key reassuring phrase, slowly, and repeating it a few times—waiting each time to see how much gets received.

I have seen many attempted repairs fail because they were spoken too rapidly, or got obscured by explanations, excuses, correcting the facts, or saying “I never intended to….”

Since triggering typically goes both ways, repair is usually a two-way process. But partners have to take turns. You can only repair one person at a time.

Done consistently, reassuring repairs will rewire each other’s brains to feel more secure, and over time, react less. As a result of each repair, connection is strengthened, and trust gets deepened. This means less triggering and more shared happiness.

You can learn Relationship CPR in detail in my book Five-Minute Relationship Repair. Gathered from decades of working with couples in my intensive retreats — this book helps you quickly catch, pause and repair upsets before they lead to major disconnects.

If your relationship is suffering and you want a really powerful way to quickly transform it, consider attending one of my intensive marriage retreats.