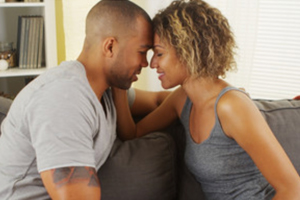 What’s the difference between couples who share long term happiness and those who don’t? In a word, they know how to repair. All partners go in and out of synch and can occasionally be at odds. How this gets handled makes all the difference.

Let’s look at how Jason and Laurie learned to repair upsets—and how that helped them reconnect and trust each other again.

Like many couples who work with me, Jason and Laurie came from out of state for their intensive marriage retreat. The journey started with a minor out-of-synch moment that turned into a big fight. Jason had been waiting in the car for Laurie. He started posting to Facebook. But Laurie was inside, waiting for him to help with her luggage. Then Laurie saw the post. She immediately called his cellphone. Their conversation went downhill fast.

As they told me about the incident, Jason maintained Laurie never asked him to return. She said she did, further claiming someone who cares would just know to come back and help. Then Jason defended himself. A back-and-forth volley of factual corrections, criticism, and debate escalated—as each tried to win their point.

Would you rather be right or happy?

Neither seemed to realize how winning a point at the other’s expense was a net loss for them as a couple. Breaking in, I said, “You each want something from the other to make you feel better…. But neither of you does anything for the other…. How can that work?”

Laurie admitted, “It doesn’t.” They agreed they had no idea how to repair upsets like this. My first step was to get them to see what needed to be repaired.

I explained how a subconscious, survival system in our brain continually evaluates our security with a partner. Unspoken questions like “Do I matter to you?” and “Do you accept me as I am?” are constantly being asked.

If it seems like the answer is “no” to any such question, our survival system gets alarmed and automatically reacts. This can take us into states of fight, flight or freeze—primitive survival reflexes that block our abilities to empathize or understand each other.

At that point, our primitive lizard brains are in charge of our conversation—parts of us built for war, not love. Thus the urgency with which Jason and Laurie would feel their survival depended on winning their point.

What’s at the Root of an Upset?

I asked Laurie what insecurity alarm might be ringing at the root of her upset. She said seeing Jason posting instead of helping her made her feel she didn’t matter to him. Jason jumped in, reiterating that he never heard her say to return. Pointing out the expression on her face, I asked if it looked like his self-defense was soothing to Laurie. He quickly admitted it didn’t.

Encouraging Laurie to express her insecurity directly to Jason, she told him, “When I saw your post I got upset. Deep down, I felt like I wasn’t all that important to you. I really need to feel I matter to you.”

A bid for repair can be initiated by revealing vulnerable feelings like this. But the success of repair will depend on the response. Jason needs to respond in a way that turns off Laurie’s insecure alarm. He has to give her a sincere reassurance that enables her to feel secure.

Repair Is in the Response

Jason looked confused, so I suggested, “Move closer and take her hands. Look into her eyes. Say a simple phrase to directly soothe her insecurity. Speak slowly. Then wait. Watch her face for any visible response. Then repeat your reassuring phrase. Wait again. Watch. And repeat a third time.”

Taking Laurie’s hands, Jason said, “You matter to me more than anything.” Quickly turning to me, she said, “He’s only saying that because you told him to.” I replied, “Maybe. So ask him to repeat it. Watch his eyes very closely. Evaluate whether he truly looks sincere.”

She asked him to say it again. He did, sounding more solid. Her eyes slightly softened. He repeated his reassuring phrase again. Her cheeks relaxed, her eyes moistened. I suggested he touch her heart. Doing this, he said the phrase again. After tearing up, she leaned forward and kissed him.

Repair is made stronger with eye contact, supportive touch, and a single key phrase that directly soothes the insecure alarm. Go slow. Wait. Repeat. And, needless to say, the reassurance has to be sincere.

I’ve seen many attempts at repair fail because added things get in the way—explanations, excuses, correcting the facts, or saying “I never intended to….” Such things will prevent repair. Only a genuine reassurance will repair an emotional wound.

Usually there is a specific “key” phrase that will open your partner’s heart— like fitting the right key into a lock. It’s a phrase like, “You are the most important person in my life,” or, “I love you just the way you are.” It directly counters the insecurity triggered in your partner’s brain. Adding anything else, like an excuse or saying “I never intended to…” will take away the power of your key reassurance.

Because partners usually trigger each other, repair will typically be a two-way street. But couples can’t repair in both directions simultaneously. Partners have to take turns giving and receiving reparative responses. Each partner has to have their own separate turn, where they get all the attention, empathy, understanding and reassurance from the other.

So next, it was Jason’s turn for Laurie to repair the impact of her criticism. It was his turn to get vulnerable and discover what was behind all his excuses and self-defensive reactions. When he expressed his deep insecurity of failing as a mate and fearing he was inadequate for her, Laurie began to better understand him. Her reparative phrase was, “Jason, you’re good enough just the way you are.”

Learning to repair feels awkward in the beginning. Especially when you are repairing years of accumulated upsets. That’s when you have to especially go slow and repeat key reassurances enough times to be absorbed and integrated. Repair gets easier with repetition. Like learning any new language—and repair is actually a simple one—practice makes perfect.

After repairing a few more incidents, including a big upset from years ago, Jason and Laurie started to act more loving. As we continued working in their retreat, they changed from a couple who could barely look at each other, into one that could hardly take their eyes off each other. Learning to repair was a crucial step in their rebuilding trust and connection.

Learn the skills for repair in detail in Five-Minute Relationship Repair. Gathered from decades of working with couples in my intensive retreats — this book helps you discover what’s at the root of reactive patterns and teaches you ways to quickly stop and repair upsets before they lead to major disconnects.