One of the most problematic differences between partners can be their nervous system biases in energy and arousal levels.

Some people run high, others low. Some run hot, others cold. This will result in very different emotional reactions when triggered.

One may be volatile, expansive, or over-the-top. The other may contract, go blank, numb out, or shut down. Think of these as “volcanos” vs. “icebergs.”

Volcanos have high energy states. They yell, interrupt, gesture. Anger is a part of their language. They may be from a hot-blooded, highly expressive family, where excited emotions quickly arose and got loud.

Icebergs are quiet and contained. Fighting is rare and emotions run low. Showing anger is rare and aggression is passive. They may be from a cool family where voices were not raised and good children were seen but not heard.

These two differing styles reflect how the arousal system in the primitive brain may be biased toward the high end or low end of the range. Many people can play in the middle range and go both high and low. Think of a piano that has both high notes and low notes. If we are over-biased, it’s like some of us ended with mainly high notes, while others have mostly low notes.

If couples polarize over this difference, one person tends to blow up and the other shuts down. It’s important to recognize that neither bias is inherently better than the other. They both are self-limiting extremes and either can be damaging to a relationship. 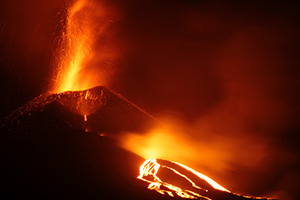 Volcanos tend to get angry fast, blow up, and have a high pitch. They explode suddenly, hot and loud. They are quick to spew and quick to calm down again. The recovery time can be less than half an hour from start to finish.

Icebergs can sink into the lower emotional states like sadness, numbness, even depression. They plumb the quiet depths. They go slow, and are very slow to rise and resurface. It can take hours or even days to recover, as if coming up too quickly would cause “the bends.”

Volcanos appear allergic to those lower emotional ranges. They consider such states dangerous, like trying to fly underwater. Their systems seem addicted to adrenaline and dopamine highs. When relationship difficulties mount over time, they can eventually be prone to blow up all too easily.

Icebergs seem allergic to high arousal states like anger or passion. They are heavy. So when they get triggered, their nervous system slows them down and numbs them out, administering self-anesthesia. As relationship difficulties accumulate over time, they can become increasingly vulnerable to shutting down.

Ironically, the more icebergs sink down, the more the very thing they try to avoid can show up. Jerry was allergic to anger and conflict. He tried to be nice and please everyone. He kept an even keel.

This backfired with his partner Sally, who only got more angry and volatile the more he seemed to skirt issues with her. She felt the need to spew hot lava to get a rise out of him. Polarizing over these different biases resulted in a Reactive Cycle.

But what if both partners have the same bias? While it can seem to be easier to be with someone who shares your bias, predictable problems can also arise. 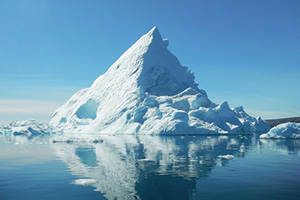 When both partners are icebergs, their mutual allergy to the energy found in anger can sap the juice right out of a relationship. Their ability to feel connected drops to a low due to the fear of rocking the boat. So while anger is minimized, so is the energy crucial for a sense of vitality in their emotional connection.

Couples may proudly say “we never fight.” But there is a cost for staying inside the comfort zone—even if both people share this arousal bias. People end up saying “I love you, but I no longer feel in love.”

Avoiding uncomfortable feelings, actual issues fail to be recognized or worked through. Instead, nervous systems fall further into the state of freeze. Ultimately all feelings get numbed, including positive feelings of shared joy and attraction.

Volcanos have a different bias, toward high arousal states and intense feelings. They are much easier with volatility than with the lower emotional states of the iceberg. Two volcanos together love to get highly aroused and share strong libidos. They don’t get bent out of shape when the heat comes on and fighting starts.

Yet there are lines that get crossed, and in the blind irrationality of a volatile exchange, damage is incurred. It may look like they have more versatility with intense feelings, but this is not the same as being skillful at dealing with emotional energy.

Both biases, up or down, have their liabilities. Instead of shutting down feelings like an iceberg, a more volatile volcano throws it up and out, spewing it onto the other person. This leaves a mounting trail of emotional injuries that can eventually destroy a relationship.

If left to their unconscious tendencies, volcanos and icebergs run into predictable Polarity Dances. Untended to, these can do untold damage to both parties. In all of Bill’s attempts to control outcomes through a strong show of feelings, he often unwittingly got results he did not want. Yelling might seem to momentarily control a situation.

But with his wife Rachel, who always tried to appease him in order to stop his volatility, his short-term gains backfired over the long run. While looking compliant, Rachel was more of an iceberg. Not signaling her distress in a way Bill could see it, she gradually shut down around him. But deep inside of her, an increasingly hopeless state ultimately culminated in her giving up, feeling very little, and then leaving Bill.

Volatile volcanos often end up saying and doing things that are destructive in relationships. The primitive part of the brain that goes into fight or flight takes over the conversation. It’s only knowledge of relating is “kill or be killed.” It has no empathy circuits. Drunk on adrenaline, volcanos can do things they later regret—that they later try to explain that they did not really intend. Yet those later apologies seldom repair damage already done.

Suppression or volatility can occasionally play constructive roles. Especially if it breaks your pattern. If you tend to be impulsively expressive, learning to stand back will represent personal growth and get the respect of your partner. And if you typically shut down, then really speaking up and taking a stand may be just the thing to break an impasse. When you get stuck in a recurrent pattern of one or the other style—you are acting from a very limited inner script.

Bill and Rachel acted out the typical Polarity Dance of volcano vs. iceberg. Over time they polarized even more. The volcano that blows up will inevitably push the iceberg to sink into deeper and deeper waters.

And the opposite easily happens, that the submerged partner triggers escalating, destructive efforts by the volatile one, who gets desperate to break through the ice by engaging in more frequent assaults and erupting in even higher blowups.

A key for this difficulty is for each type to stop making the other style fundamentally wrong. Then learn how to work together. Realize that both of you have to balance each other in some important way. And one of the most important and overlooked ways to do this is through direct physical contact. In neuroscience this is called co-regulation—where two nervous systems even each other out when they come into full-body contact in hugs or embraces.

Julie and Martin were a typical volcano and iceberg, and their relationship demonstrated how big differences can initially attract us but then later can become big problems. Julie was quickly attracted to Martin’s strong and silent personality. She felt remarkably safe in his arms. The way his nervous system ran slow and calm seemed to quiet her more highly pitched and sometimes agitated system.

Around Martin she felt grounded and solid. For the first time felt like she had a place to land. On the flip side, Martin felt positively stimulated by Julie’s vitality and animated ways of expressing herself. Being with her elevated his excitement about even little things and so life felt more colorful and wonderful in her presence.

As they fell in love, they were a highly affectionate couple. They frequently held each other and made physical contact—both in and out of the bedroom. In neurobiological terms, their nervous systems were evening out each other’s biases, and via body-to-body resonance, they met in the middle. Julie felt grounded and calmed in Martin’s arms, and he felt the affect of her vitality pick up his energy and enthusiasm.

But over time, because they did not have verbal or emotional tools to effectively negotiate little problems or differences, they fell into a Reactive Cycle. Gradually, influenced by their mutual upset, physical contact became less frequent. But they didn’t consciously realize that they were no longer balancing each other’s nervous systems out. So over time, as each was left adrift to their own biases, they fell into an escalating Polarity Dance of volcano vs. iceberg.

Ironically, as couples start to do a Polarity Dance over their bias differences, they stop making as much contact. But this is the very remedy they both need to defuse their nervous system reactions. With volcanos and icebergs, this becomes particularly acute. Yet it’s easy to remedy through direct body-to-body connection. This can be true for all Polarity Dances, and we will continue to discuss the positive power of physical contact.

Staying under cover to avoid rocking the boat is not the same as taking the high ground. Even if submergence into peaceful waters looks good compared to the more obvious destructive consequences of volatility—suppression generates huge negative consequences.

Making out-of-control, angry statements is also not the better option, compared to what may look like wimping out, staying illusive, or being aloof. You may be standing up for your truth, but the delivery you are using—including bullets and bombs—takes away from your message, and makes it impossible to be heard.

Each type has to grow. The iceberg needs to stand up more, as the volcano stands down. Both need to come together and connect, giving each other a safe place to meet and balance each other out.