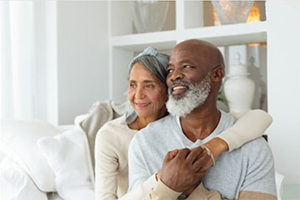 The honeymoon is a time of magic and wonder, of a deep loving connection. Relationship usually start with such great promise that one wonders how anything could ever possibly go wrong.

But we all know that sooner or later the honeymoon is over.

And then another phase begins — where couples encounter the inevitable bumps on the road to happily ever after.

What signals the crossing of this dreaded threshold? What exactly are the signs? Couples usually feel the honeymoon is over as problems, challenges, upsets or differences begin to take center stage. These are normally seen as negative signs… signs that something is “wrong”… signs of a “bad” relationship.

Sadly, many couples look back at a honeymoon only to feel they lost something, the rest of the relationship never quite measuring up to it. In my intensive couples retreats, I regularly hear partners recount how they gradually lost touch with their deep loving connection and fall into reactive cycles. Fortunately, most can find their way make good on the great promise their relationship started with and turn it into a lasting reality.

In the hundreds of in depth intensive retreats I’ve conducted, few couples have ever understood exactly what caused them to lose touch with each other and fall into a downward spiral of disagreements, disappointment and disconnection. Instead of working with their differences, most partners fight over what they thought was the “cause” of these unwanted events.

Inevitably, they point the finger at each other. Getting the other person to change is seen as the way back to the wonderful spontaneous feelings of the honeymoon. This is not a conscious strategy. It is a knee-jerk reaction. Seeing a problem, challenge, upset or differences as a negative sign is the normal thing to do, the conventional wisdom.

Unconsciously, most of us do see things according to the conventional wisdom. We may feel that “differences attract” at first meeting. But after the honeymoon, people normally start to complain about how “unlike me” the other person is. There’s a tendency to see the other person as “wrong” or deficient in character, because they are different.

How does this happen? In the next part we will look at the underlying process that turns problems, upsets and differences into road blocks to happiness…

In a matter of minutes emotions can heat up or someone can turn ice cold. It can take days or weeks to recover.

Here’s an example. This was the defining moment when Sarah and Michael knew their honeymoon was over. They were driving to a meeting that was going to challenge her. She was unusually quiet and inward.

Noticing this, Michael wanted to lighten things up and relieve the tension. He tried to inject a little humor the way he normally did with his friends, by joking around with her. Sarah remained quiet, so he continued to try to draw her out by his strategy using humor.

Suddenly, she blew up and called him insensitive.

Michael reacted with sarcasm, which was not received any better than the joking around had been. He said she was ruining the trip and blamed her for not responding to his good intentions like his friends would have.

This gave evidence to the old saying that the road to the Hole is paved with good intentions.

Only minutes had passed and they were circling around their newly discovered Reactive Cycle with increasing speed. Emotions kept escalating. This was their first fight. They stayed upset over it for a week.

Repeated Reactive Cycles can quickly turn into a big Downward Spiral, and it leads to the “Hole.” As this happens, there are a number of things that couples say or do.

You may hear one person blaming the other for causing the situation. Like, “You make me angry!”

You may hear name calling. One person calls the other “insensitive” or “selfish” or some other negative label.

There are classic red-flag words… “always,” “never,” “should,” “right” and “wrong”… words that reveal that the mind is narrowing or getting lost in judgments.

Behind such words, the emotional arena has collapsed into a basic reaction of “fight or flight.” There may be anger or pursuit, distancing or retreat. Depending upon the couple, things can get explosive… or stone cold.

Under the Influence of “Fight or Flight” Chemistry

Couples in the Hole are dominated by their reactivity. The “fight or flight” reaction powerfully alters body-brain chemistry. It’s the chemistry that ancient humans needed to battle or escape a tiger suddenly appearing in the jungle.

This is important to realize. When you are in the Hole… you are under the influence. It is not alcohol that is chemically influencing us. It’s something much stronger. The chemicals pumping through our bodies are cortisol and adrenaline.

As the brain’s chemical balance shifts in preparation for “fight or flight,” our pulse rate and breathing alters, our perception narrows, and our mental capacity collapses into black and white thinking.

Statements get dramatized and overgeneralized. You hear things like, “You never help me around here!” “I’m always cleaning up after you!”

In the Hole, our positive options are sharply reduced… if not gone altogether. Yet, people keep trying to resolve the situation, as if they could! Each wants to put in the final word. Emotions escalate. Someone may explode or leave.

Most couples can recognize their own version of being in the Hole. One question I have repeatedly asked is:

“Has there ever been one time when you were in the Hole and able to work things out in a successful way?”

I have yet to hear a single story of any such success.

Nor am I likely to, for a very good reason: solving an interpersonal issue takes skill.

Would you do brain surgery if you were totally drunk? Then why try to negotiate an important issue when you are under the influence of the chemistry of “fight or flight”?

Healthy, happy partners occasionally have big issues… but they do not try to solve things if they fall into the Hole. In fact, they avoid the Hole as much as possible.

No matter how hard couples try, if they are in the Hole, they only make matters worse. Research has proven that the strategies of the Hole are what destroy a relationship.

In The Hole You Destroy a Relationship

Most of us can recognize one or more of these strategies. They seem like normal things to do when you are upset. But be warned. They dare destructive.

Unless you develop different strategies to resolve issues, the strategies of the Hole will either destroy your partnership, or leave you sharing long term unhappiness.

In my coaching practice, when I first see couples I often hear reports from the Hole. Each partner makes a case for how they are right, how the other person needs to change.

I ask them, “Would you rather be right… or happy?”

Contrast the strategies of the Hole with the ones discussed next, which are effective in solving interpersonal issues. These are keys for building long-term happiness in love.

Smart couples only attempt to resolve issues when they are clearly outside of the Hole. If they find themselves moving toward the Hole, they will stop and continue later when they can be more resourceful.

I teach couples specific strategies for developing the skills of success. I give them clear ways to avoid falling in the Hole and being under its destructive influence. When they start using these tools, things start moving in a positive direction.

Outside the Hole You Can Resolve Issues

When you deal with challenging issues from outside the Hole, you can be resourceful and this enables you to actually resolve those issues. Here are some of the internal resources you have access to, outside the Hole:

1. Instead of trying to LABEL or CRITICIZE your partner, you become curious about what is happening inside of them. Suspending your own judgments, you ask them what is going on for them. You then will learn something new about them, and they won’t feel under attack.

2. Instead of putting the BLAME on them for the situation, you see your own part in how things developed. This gives you an active role in changing things, and empowers you to avoid similar traps in the future.

4. Instead of getting DEFENSIVE over what your partner may be saying, you listen. You get to understand their viewpoint and learn more about their sensitivities. This helps you avoid hot buttons in the future.

5. Instead of starting to STONEWALL or CLOSE DOWN, you open to hear what is true for your partner. They feel heard, understood and accepted as human beings. This is a basic requirement for a relationship to grow and prosper.

6. Instead of being exclusively focused on your own needs and feelings, you can also consider the other person’s sensitivities, as well. Partners who work things out together well have developed a map of each other’s hot buttons and sensitivities. They know how to avoid setting off emotional land mines.

7. Instead of a WIN-LOSE outcome, you are interested in finding a mutually satisfactory solution. You will take into account the other person’s needs. This enables you to co-create happiness together on an ongoing and lasting basis.

Unfortunately, a majority of us have not been exposed to many positive strategies for dealing with issues from outside the Hole. We probably did not see many of these constructive ways of relating when we were growing up.

This is one reason that today there are a lot of unhappy couples who mainly deal with issues from inside of the Hole. And it is why our divorce rate is so high.

Until we consciously learn to do something different, we just repeat the relationship strategies we saw or developed in our childhood. Being open to learning and personal growth is the pathway to becoming a successful couple.